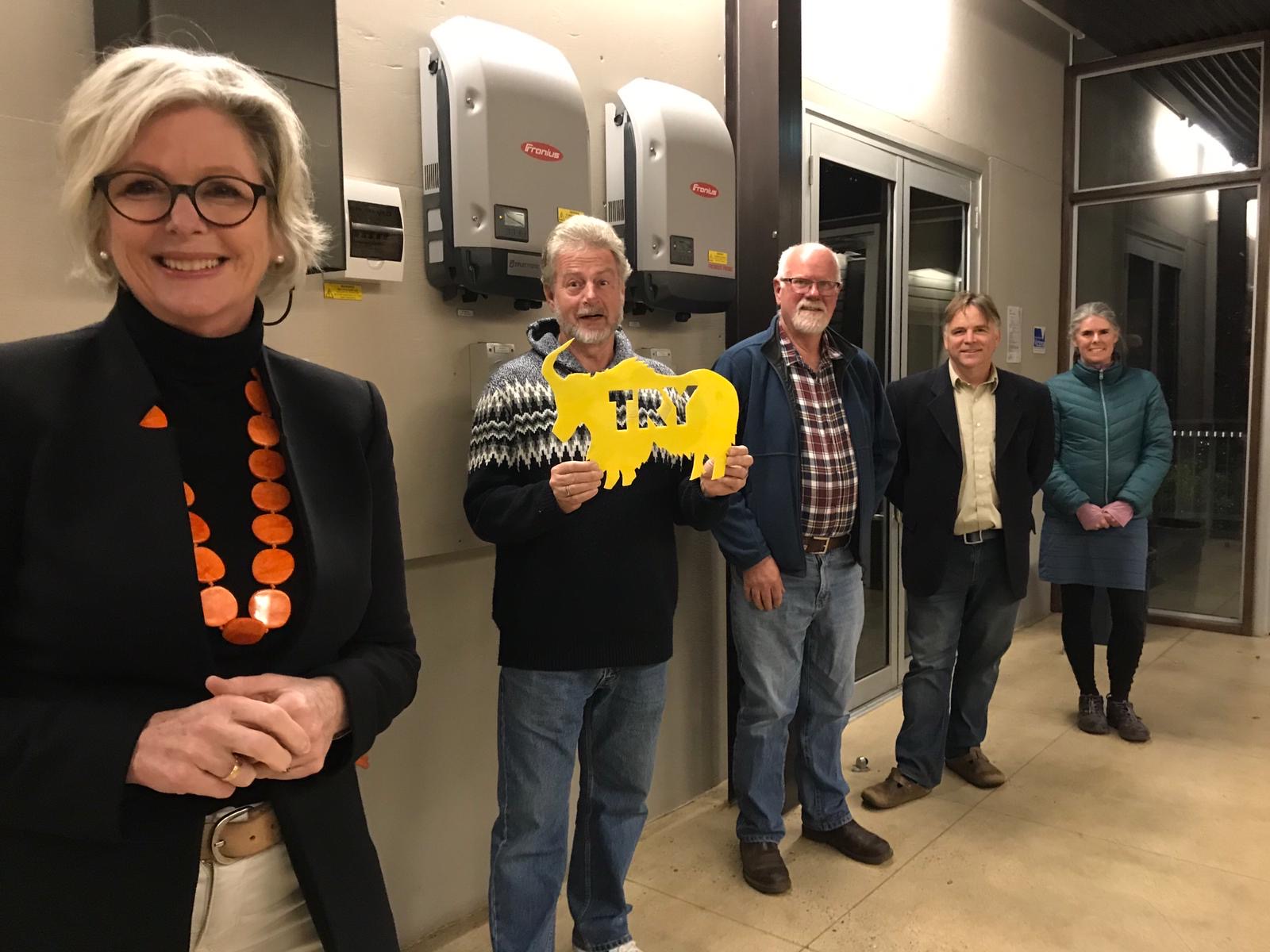 Helen Haines has welcomed a $350,000 grant for a feasibility study of ways Yackandandah can become fully powered by renewable electricity.

The Regional and Remote Communities Reliability Fund federal grant will help the innovative North East community to explore electricity storage options, including batteries and pumped hydro, and establishing a micro-grid to enable local households and businesses to trade low-cost solar power instead of importing more expensive electricity from the grid.

The Federal Independent Member for Indi said the grant for the Yackandandah Islandable Microgrid Project study was a huge win for the North East.

“This funding is a welcome endorsement of the ingenuity and pluck of a local community that’s among 13 in working in Indi, right here in rural Victoria, to build Australia’s renewable energy future,” Dr Haines said.

She was disappointed that a proposal for a mini-grid at Corryong was not funded in the program’s first round, in which 17 projects across the country shared in $19.6 million from the $50.4 million fund, but was heartened by the Minister’s comment on the project.

“He noted to me that the proponents of the Corryong project should be ‘strongly encouraged’ to apply for funding from future grant rounds,” Dr Haines said.

She wrote to the Mr Taylor in November, last year, to recommend the $3 million grant application for the Corryong mini-grid proposal and, following the Upper Murray bushfire emergency, wrote again in February to ask him to fast-track the mini-grid into the construction phase.

“If the network company believes there is a business case, if the community wants this, and if the Government is looking for projects to stimulate the regional economy in the wake of Black Summer and COVID-19, here is a project ready to go,” she said.

“I invited the Minister to consider my call for a suite of other renewable energy projects to be developed in the Upper Murray to ensure its energy security. What works for Yack should work for Corryong and all our other regional towns, too.

“So while Corryong’s application was not successful this time, I was encouraged by the Minister’s comment and his statement that ensuring the resilience of energy systems and supporting regional communities following the impact of bushfire was a priority.”

Matt Charles-Jones, from Totally Renewable Yackandandah, welcomed the grant as a boost for the local energy transition:

“Yackandandah is thrilled that our application has been successful.  It is yet another high water mark to reflect the long-term effort by committed local people working together on a positive energy transition. We are so fortunate that the courage of people across Yackandandah is being acknowledged and supported by business, utilities and all levels of Government. This funding allows us to finalise the micro-grid footsteps to a 100 per cent renewable and interdependent electricity supply.”

“Through cheaper, more reliable power, local jobs and investment, I want every community in Indi and every town in Australia to have access to the same benefits that Yackandandah is realising and Corryong is seeking,” she said.

The discussion paper can be found on Dr Haines’ website here: /media/community-energy-plan

Dr Haines’ office is inviting public submissions on the discussion paper until July 3. She intends to take her plan to the government later in the year.