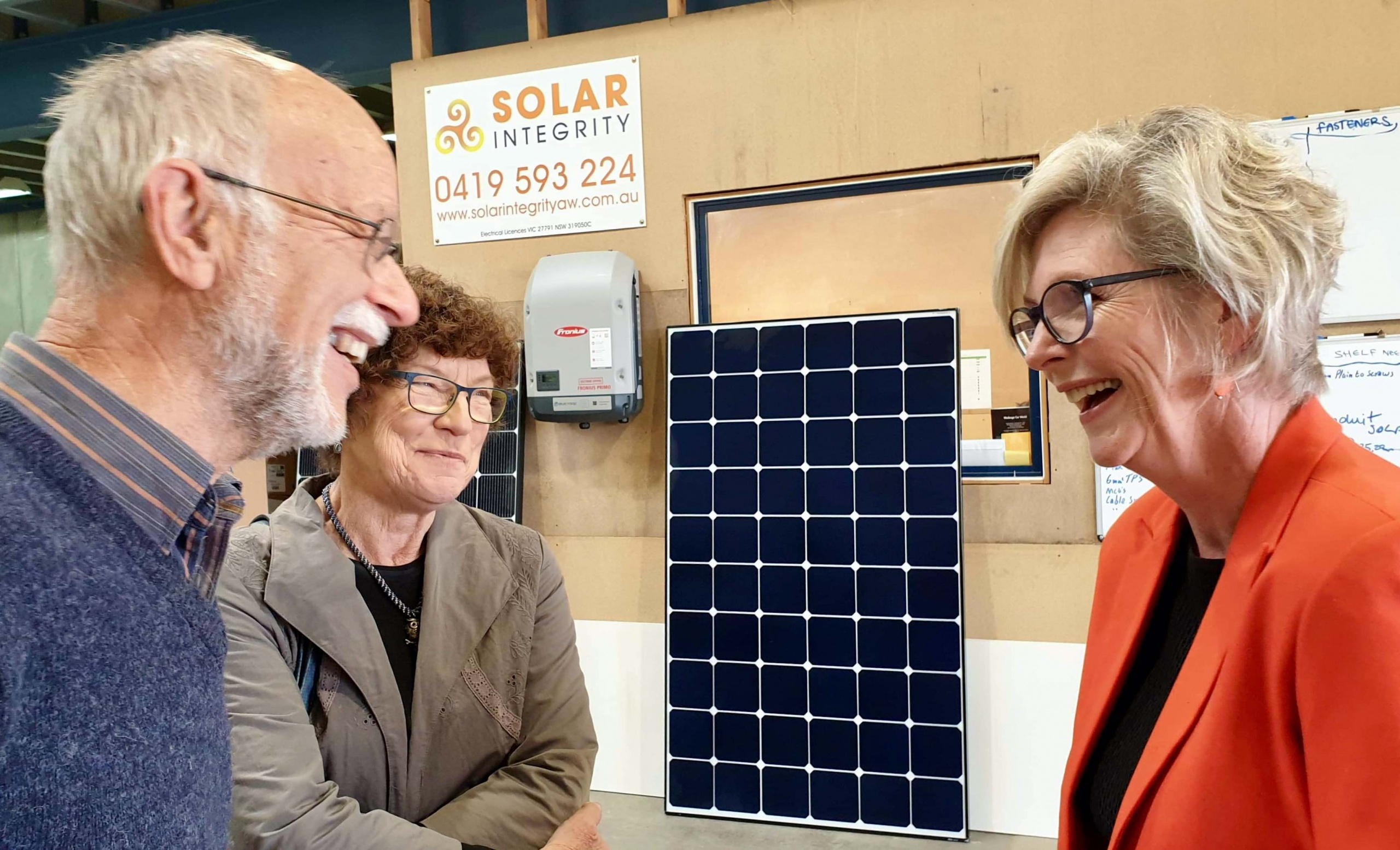 Helen Haines says renewable energy could spark an employment boom in Indi, with new research suggesting the sector could deliver 800 new jobs in the electorate across the next five years.

In a report for the Clean Energy Council published on June 2, University of Technology Sydney researchers projected that renewables could employ up to 46,000 people in Australia by 2035, with 70 per cent of these in the regions.

Eight hundred of these jobs could be in the ‘Ovens-Murray Renewable Energy Zone’, covering the Indi electorate, identified by the energy system operator as one of the best locations in Australia for more renewables.

Independent Federal Member for Indi Helen Haines today welcomed the report, saying it underscores how renewables will create jobs of the future for regional Australia.

“Right now, there are 25,000 Australians employed in the renewables sector,” Dr Haines said.

“But that number will shoot up if we develop a world-leading renewables industry right here in the sunniest continent.”

Dr Haines in May launched a consultation paper on a community energy policy for regional Australia. She has invited submissions by July 3 from all interested Australians to inform a community co-design process for regional renewables.

”I launched this co-design process because, when I look around Indi, I see that everyday people are coming up with their own solutions to our energy problems that the government seems unable to deal with in a targeted way,” she said.

“So instead of waiting for the government to fix energy policy, I thought I’d ask the people what they want.”

Dr Haines said the Clean Energy Council report showed the predicted boom in renewables would create job opportunities in regional communities in a variety of roles.

“The sector is facing the most acute shortfalls of electricians, roofers, construction managers, and civil engineers,” she said.

“We’ve got good, secure, clean energy jobs right here in the regions. We just need to attract or train the people to fill them.”

But while the report points to these welcome prospects, it also found that Australia risks losing 11,000 jobs in the renewables sector in the next two years if the government fails to alter its current policy settings.

“This should be a wake-up call for the government, that for the sake of regional jobs we need to end the climate wars and deliver a proper energy policy,’ said Dr Haines.

The report shows the renewables jobs in Indi will mostly be based around small-scale pumped hydro, and solar. The job prospects are potentially greater given significant large-scale projects developing around Benalla, community energy projects like the micro-grid projects in Euroa and Yea, or community batteries touted for Beechworth and Yackandandah have not been canvassed in the report.