Indi is a place of diverse communities – hamlets, towns and cities: from Wodonga – the largest, home to 45,000 people – to Eskdale, Swanpool and Woods Point.

Indi in Victoria’s North East is a Federation electorate. It is the country of the Dhudhuroa, Waywurru, Bpangerang, Jaitmatang, Taungurung and Yorta Yorta peoples. The Australian Electoral Commission defines Indi as an indigenous name for what has become known as the Murray River, which forms its northern boundary.

Indi’s communities were represented in the first Commonwealth Parliament in 1901. Sir Isaac Isaacs, its first member, was raised in Yackandandah and went to school and later taught in Beechworth. After a legal career he become Attorney-General, Chief Justice of the High Court and the first Australian-born Governor-General. Another member was John ‘Black Jack’ McEwen. He was born in Chiltern and in politics became a long-serving Minister and Country Party leader. Later, as the member for Murray, he was Prime Minister for a short time after the death of Harold Holt in 1967.

Seventeen members precede me – including Ewan Cameron, Lou Lieberman, Sophie Mirabella and Cathy McGowan AO. The three most recent have been women. We’re among 132 of the 1202 people who have been elected to the House of Representatives since Federation. We remain too few. We will not create the best public policy for Australia until we have a diverse parliament  and until, at the very least, we have equal representation of women.

Indi extends across 29,187 square kilometres of Victoria’s North East, from Corryong on the upper Murray River to Kinglake near Melbourne’s outer north-eastern fringe. It has a spectacular landscapes – of mountains, valleys, national parks and farm land. Water from the Alps from Indi’s rivers accounts for 38 per cent of inflows to the Murray Darling Basin. Our communities include nine local governments – Alpine, Benalla, Indigo, Mansfield, Murrindindi, Strathbogie, Towong, Wangaratta and Wodonga – and the unincorporated alpine areas of Falls Creek, Mount Hotham, Mount Buller and Lake Mountain.

Tourism, forestry, viticulture, agriculture, timber production and processing, manufacturing and countless small businesses are the lifeblood of Indi’s communities and economy. Indi leads the renewable  energy revolution. We’re home to 11 community energy groups – the most of any region in the country – and many are generating and sharing power using micro-grid technology. My electorate is as diverse as the 142,000 people who live here. It is a place of outdoor adventure and vista, attracting visitors to ski, cycle, canoe, kayak, fish, walk and camp in beautiful places.

Indi is also ‘Kelly country’. Ned Kelly is a polarising figure, seen by some as a hero and others as a villain. He lived in Greta, was jailed in Beechworth and his ‘last stand’ was in Glenrowan, where he was shot and captured by police in June 1880. The Kelly story looms large in the Australian psyche. Ned has been the subject of more than 11 feature films – including Australia’s first moving picture – and more biographies than any other Australian. Journalist Martin Flanagan wrote: ‘What makes Ned a legend is not that everyone sees him the same—it’s that everyone sees him. Like a bushfire on the horizon casting its red glow into the night’. 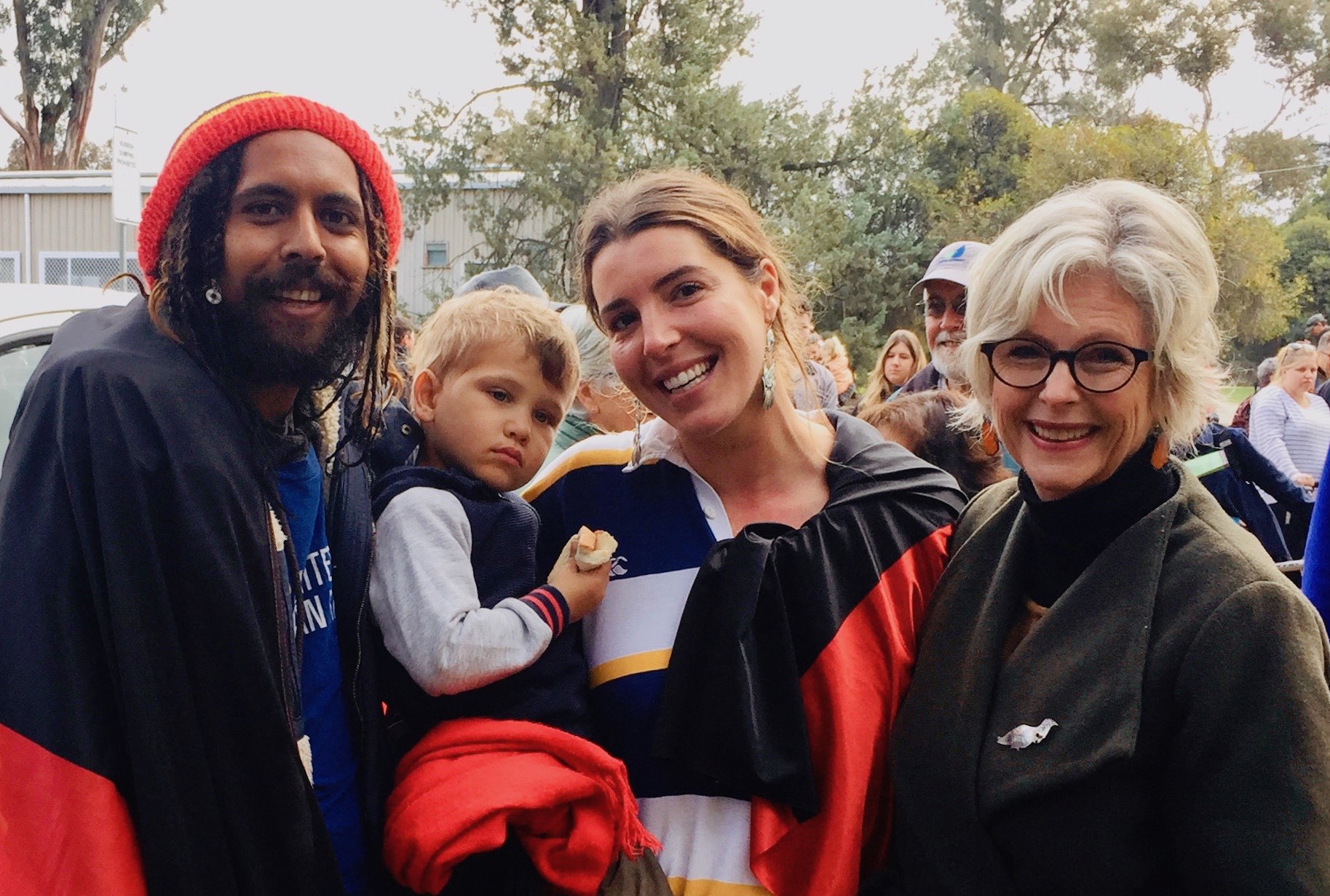 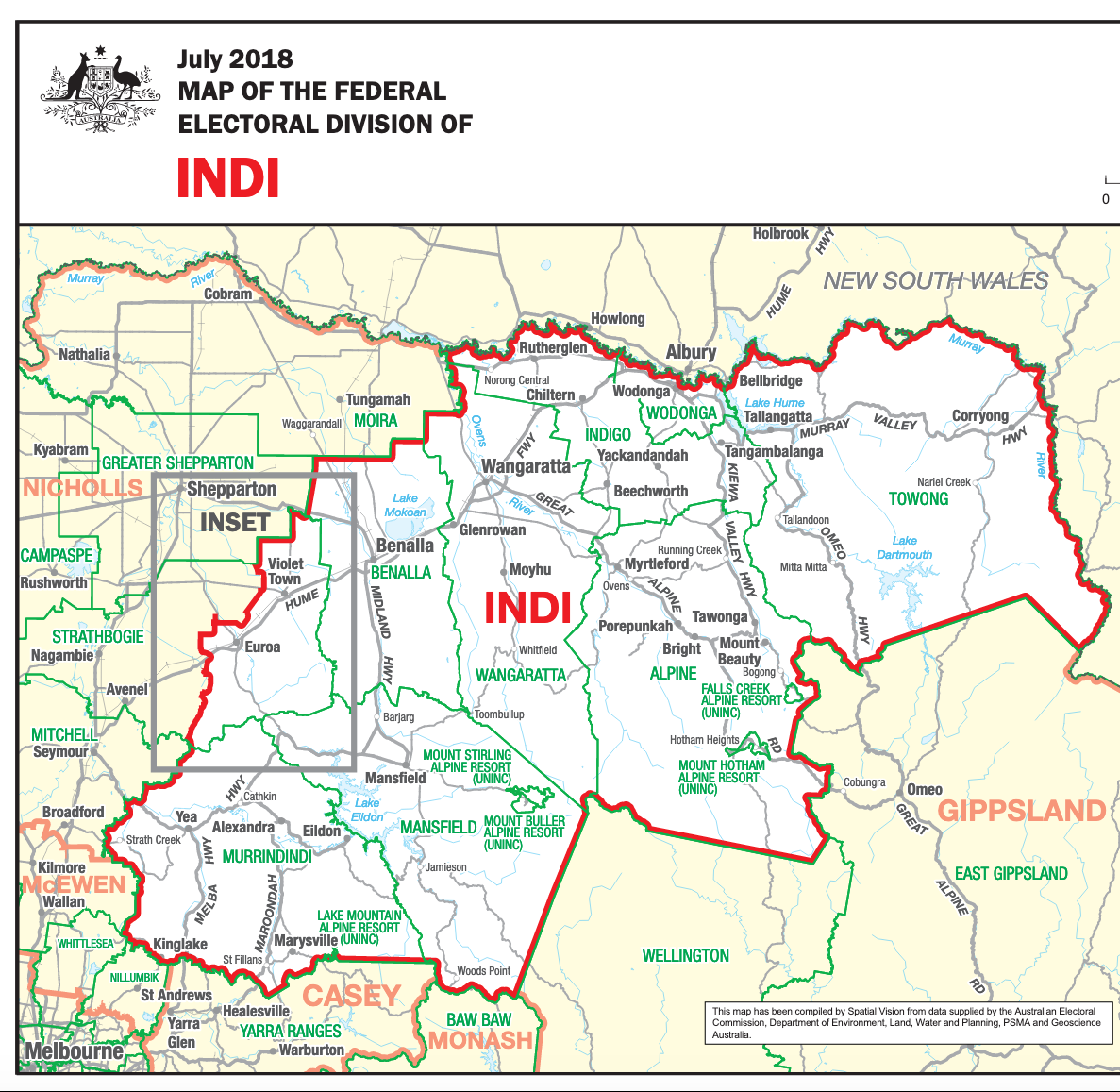 Vote with your health in mind this election: Haines

This election is about a positive vision for Indi and real representation in Canberra: Haines