Time to act, as government rejects another integrity Bill 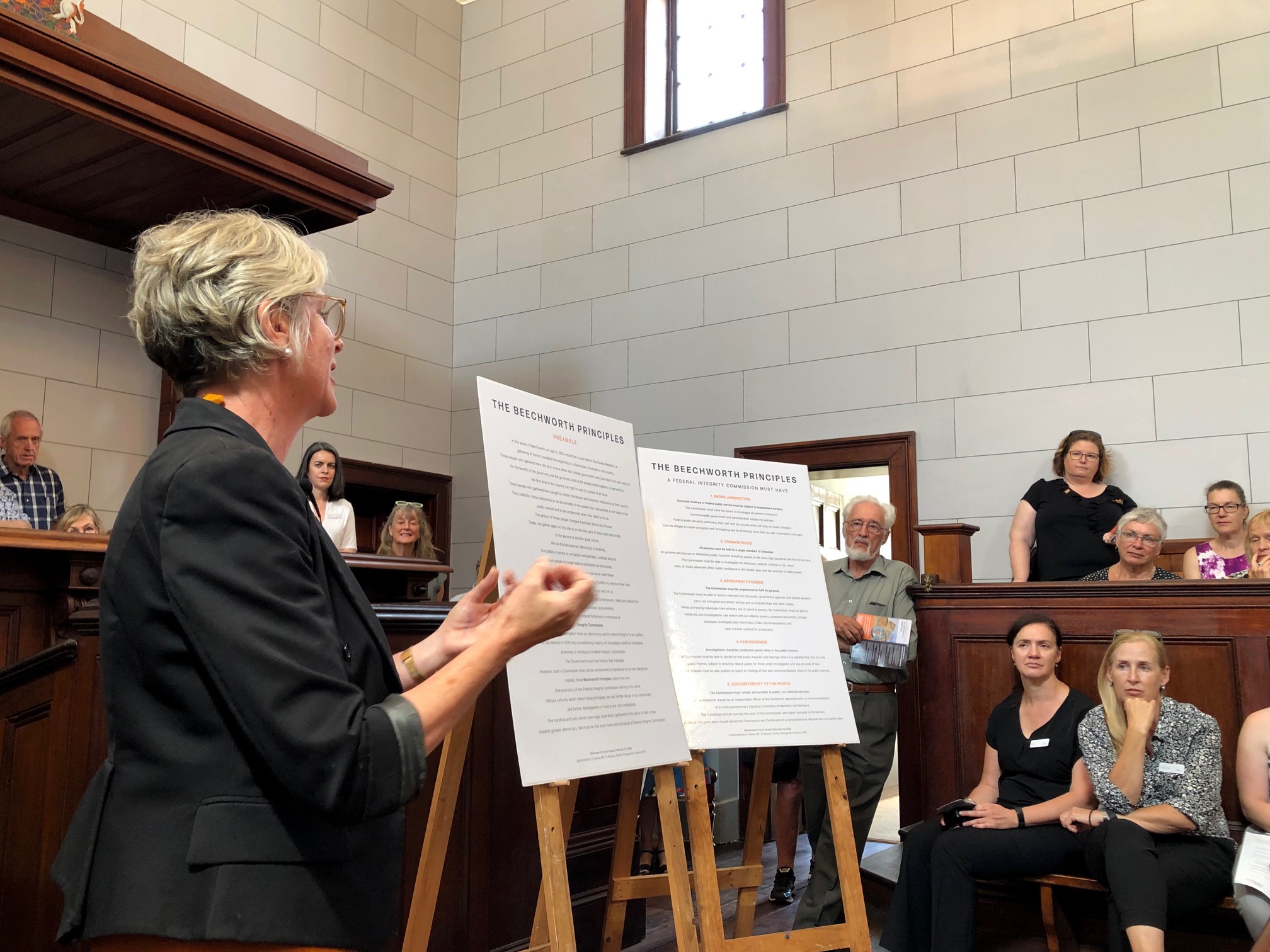 There are too many political scandals I could choose from to illustrate why we need this.

The rationale given by the Senate Committee was that politicians should be accountable to the voters, not each other. But almost every MP in the Federal Parliament went to the last election promising a Federal Integrity Commission. The voters have already spoken – they want this.

This is why, in February 2020, I launched the Beechworth Principles, a set of five clear characteristics that we need to see in any Federal Integrity Commission worthy of its name.

The Beechworth Principles remind us what we are aiming for here and what legal tradition tells us will give us the best results, will stand the test of time and supersede politics.

The government has now rejected both the Parliamentary Standards Bill and the Federal Integrity Commission Bill. Yet this was an election promise. The government has repeatedly gone out of its way to avoid fulfilling a promise on integrity. The irony is breathtaking.

The Parliament now has no legislation before it that would create a Federal Integrity Commission. We’ve now been waiting almost two years for the government’s Bill.

That’s too long. When Parliament resumes, I’ll give formal notice of a new Bill to create a Federal Integrity Commission.

In recent months, I have been meeting with MPs across the political spectrum to hear their concerns about a federal integrity commission. My Bill responds to these concerns yet still offers a robust model that meets the Beechworth Principles.

I hope it can stand as a constructive contribution to this debate, as a consensus Bill that attracts the support of all my parliamentary colleagues.