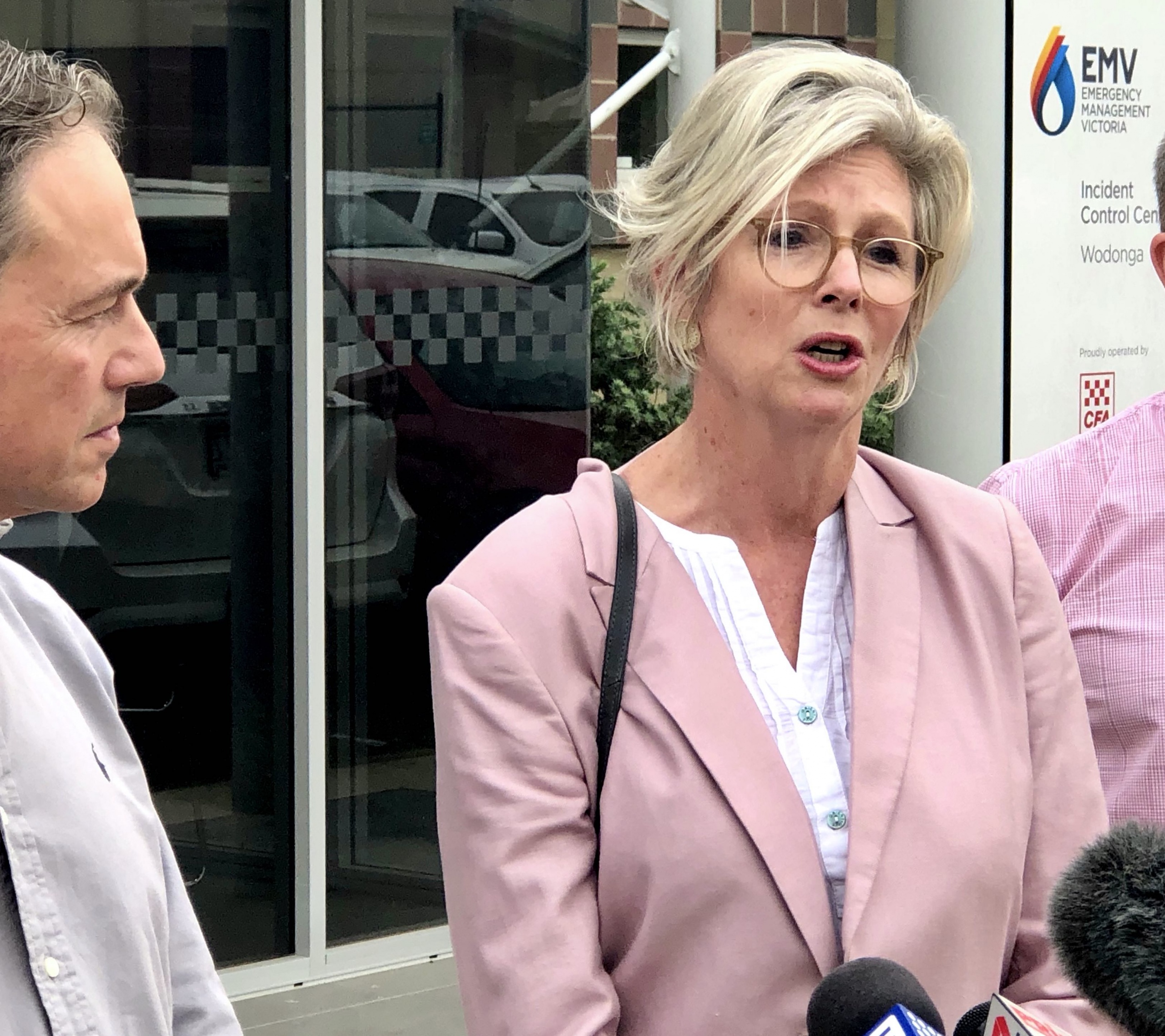 The funding was not to be delivered until after the 2022 election.

“I’m heartened that Mr Hunt – visiting our bushfire-affected communities with me and state parliamentarian Bill Tilley in the North East today – has answered my call to fast track this money,” the Independent Federal Member for Indi said.

“Just ahead of last year’s federal election, the Coalition committed to fund a $2.5m specialist clinics centre and a $12 million mental health rehabilitation unit at the campus.

“But the reality was that this funding wasn’t to come as a lump sum.

“The first of it wasn’t to flow until after the next election in 2022 and to complete three years later.

“Yet that defied common sense, because it’s impossible to get capital works of this type done piecemeal over that length of time.”

Dr Haines said she had worked closely with Albury Wodonga Health to speed the first tranche of the funding.

“I wrote to and then spoke with Minister Hunt about the promise in Canberra in November and then asked him about it on the floor of Parliament,” she said.

“My staff have also been pressing the case with his office.

“Our communities now look forward to the $12m promise for the mental health unit also being brought forward, which will be so important as we work through bushfire recovery in the North East.”