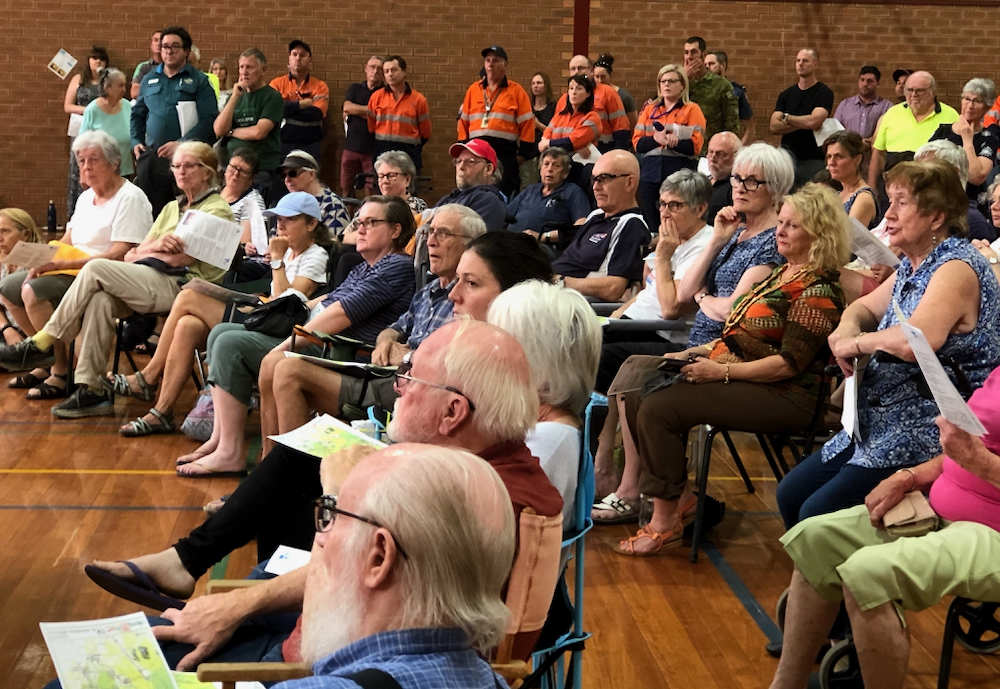 The scenes of this summer are awesome and numbing. We are at the heart of an unfurling tragedy, where battalions of people in command centres and small towns fight to save what they can from a capricious and unrelenting inferno.

In my electorate of Indi, we know this terror. Kinglake was Black Saturday ground zero. Just a decade on, we are again assaulted by fire. But where that dark day was a jolt of sudden destruction, our current season extends for months before us as a perilous path we have no choice but to walk.

That path has already brought awful things. Paddocks ablaze. Homes razed. Towns evacuated. Camps erected. Soldiers deployed. As I drove to a community briefing in Corryong on Sunday I witnessed scenes of tragedy – empty highways, blackened paddocks devoid of animals, and kilometres of powerlines felled by fire. Half a million hectares of Indi have already burned. Alpine Shire estimates $90 million of damage in its area alone.

When I stood for election last year I promised to fight for three things: the regeneration of our regions; a national action plan to mitigate and prepare for climate disruption; and to return integrity to our broken politics. Indi voted for renewal, action and integrity. And we will need each of these if we are to find the phoenix in this fire.

First, we need a national disaster response plan suited to the new threats we face. This plan must tackle the realities playing out before us: a new compact on how the Commonwealth Government and Australian Defence Force should assist States in responding to emergencies; a stand-alone aerial firebombing fleet which does not depend on aircraft from North America; and sufficient trained personnel to fight longer and fiercer fires, and to support health services and local councils. We can’t keep volunteers on the ground for indefinite periods.

The 2018 National Disaster Risk Reduction Framework is a good start on this plan, but the government is already falling behind its own deadlines. The National Action Plan was due last year. The Government must get to work.

Second, we need a nationwide plan to adapt our country to a changed climate. This would involve practical steps to protect our farm and small business sectors and keep our communities safe.

The Prime Minister has acknowledged that adaptation needs greater attention. I now invite him to match these words with action. Restore funding to research organisations leading this work. Adopt my calls last September to introduce an adaptation plan for the agricultural sector, including research investment in climate-resilient crops, support for farmers to diversify into new crops and payments to landowners for ecosystem management.

Third, we must reduce the likelihood and severity of these disasters by cutting carbon emissions at home and abroad. As long as emissions continue, our temperatures will rise, and these crises will escalate. To say this should be as controversial as saying water flows downhill.

I welcome the Prime Minister’s acknowledgement of the link between emissions and these tragedies before us. As he says, the debate is over. Now we must look to the practical question of the many things we might actually do.

Instead of exporting low-value iron ore and bauxite to the smelters of China we could export high-value, zero-carbon steel and aluminium. As the world’s largest producer of lithium, we could grow our domestic battery industry to drive down electricity storage costs, give jobs to our kids and make money in the meantime. In the Pilbara we are building the world’s largest ammonia plant fitted with solar-powered electrolysis. This technology can build the world’s largest green fertiliser industry and produce clean hydrogen to power insatiable Asian economies.

The attitude that we can do nothing to avert this is wrong. This attitude means accepting these disasters and worse as our ‘new normal’. It says that the incineration of our farms, our forests and homes is all we can hope for.

But Australians will not simply walk into the inferno. We will not. I have an old-fashioned belief that we do not shirk from protecting our way of life when it gets hard. That Australia wasn’t built by the gutless.

Australia has led the world before, and we are now called to lead again.

Let not this summer of destruction become our destiny. We must look at the challenges and see not impossibility but necessity. Because I know each of my parliamentary colleagues is as committed to Australia as I am, I believe we can turn the challenge to opportunity.

To do so, we need to come out of our corners. In February, when Parliament returns and the smoke clears, let it clear on a new decade of co-operation. The mental health of our people, the prosperity of rural and regional Australia, the vibrancy of our wildlife, and the livelihoods of our small businesses depend on it.

Published in The Border Mail, Wangaratta Chronicle and other newspapers on January 15, 2020.