Budget big on spending – except when it comes to integrity 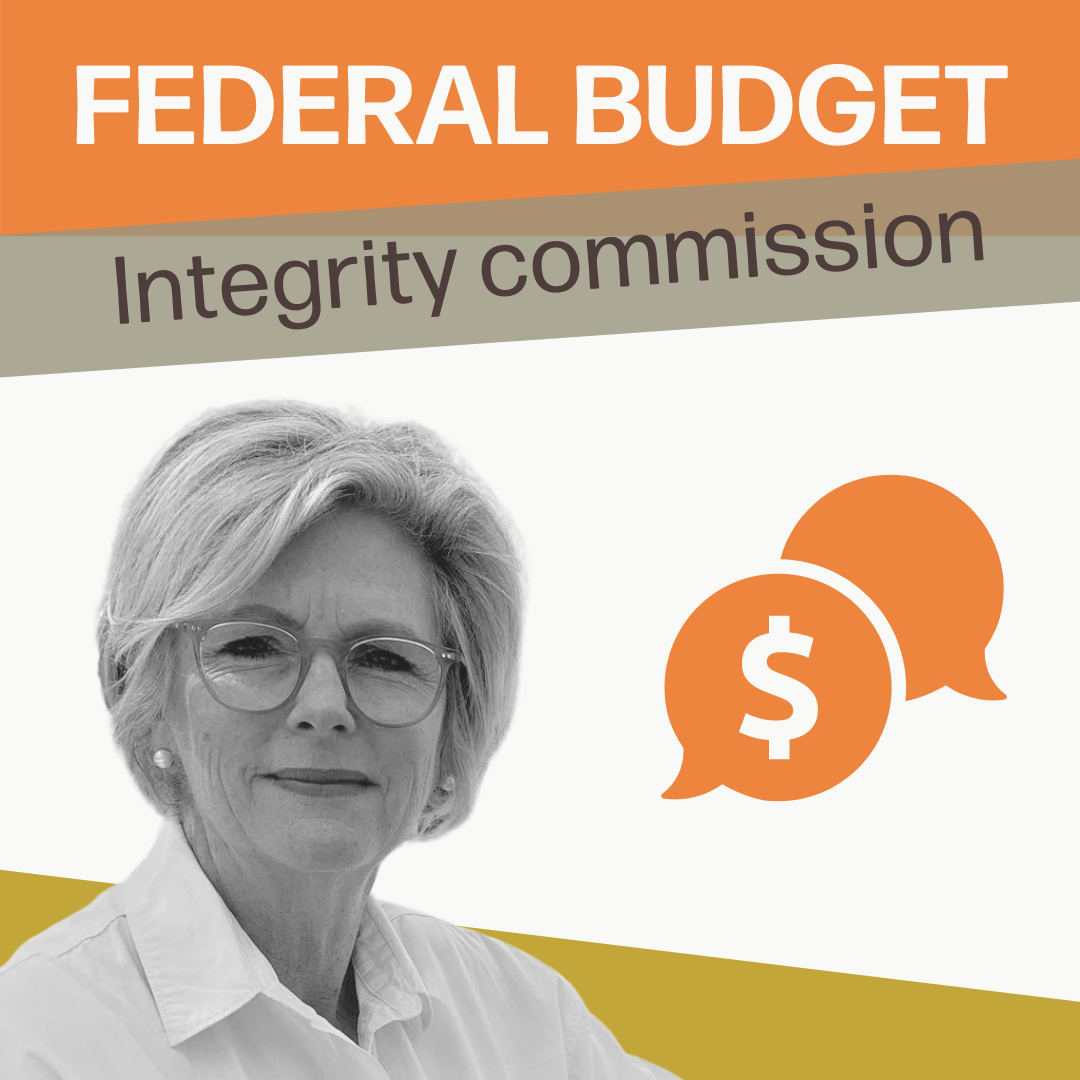 Helen Haines has criticised the federal government for hiding its plans for an integrity commission in this Budget at a time when it is needed most.

The Independent Member for Indi said a commitment of more than $100 million to establish a federal integrity commission in the 2019-20 budget papers had “seemingly disappeared inside the accounting ledgers of the Attorney-General’s Department in this year’s budget”.

“This only confirms for me even more that this government has no real plans when it comes to stamping out corruption in federal public administration,” she said.

“This budget includes billions in new stimulus funds for major infrastructure but makes next to no progress on funding for integrity bodies to protect against corruption in the roll-out of those funds.

“I will be working with colleagues in the Senate though the estimates process to ask the government what it has done with its previous funding commitments.”

The government’s proposed Commonwealth Integrity Commission was meant to be funded in the 2019-20 financial year – but it failed to release even a draft bill.

Dr Haines put two new bills on the House notice paper last month which, if passed, would establish the Australian Federal Integrity Commission (AFIC). The AFIC bills are being drafted with MPs from across the parliament as a consensus proposal.

“I drafted the AFIC bills using the Beechworth Principles which are endorsed by some of the finest legal minds in this country, including former Supreme Court judges. AFIC would be well-resourced, run in the public interest, and in operation by July 2021 if passed this year,” she said.

The Parliamentary Budget Office has fully costed the AFIC proposal and Dr Haines plans to release that costing when her bills are introduced later this month.

New research released by the Centre for Public Integrity today estimates accountability institutions like the Auditor-General and the Commonwealth Ombudsman have been subject to funding cuts of more than $1.4 billion in real terms since 2010-11.

“Australians will have zero tolerance for another sports rorts or Western Sydney Airport debacle when it comes to these billion-dollar schemes,” Dr Haines said.

“Enough is enough. Bring on debate of the AFIC bills”.

Dr Haines said the final version of the AFIC bills would be introduced in the next sitting.

Government should back the Local Power Plan