I’ve worked hard to fight for and build our local economy in the face of serious impacts from the pandemic and bushfires.

Our economy suffered more than $260 million in immediate damage during the bushfires, with only about 20 per cent recouped through insurance payouts. The pandemic and border closures in 2020-21 dealt a second blow, with businesses across the region hit hard particularly our award-winning tourism sector which lost over $400 million in visitor expenditure. Here’s just some of what I’ve done:

Pushed to expand JobKeeper to include regional Victoria during the Melbourne lockdowns, especially tourism businesses

Advocated for our local defence industries which pumps over $185 million into our economy each year and employs over 5,500 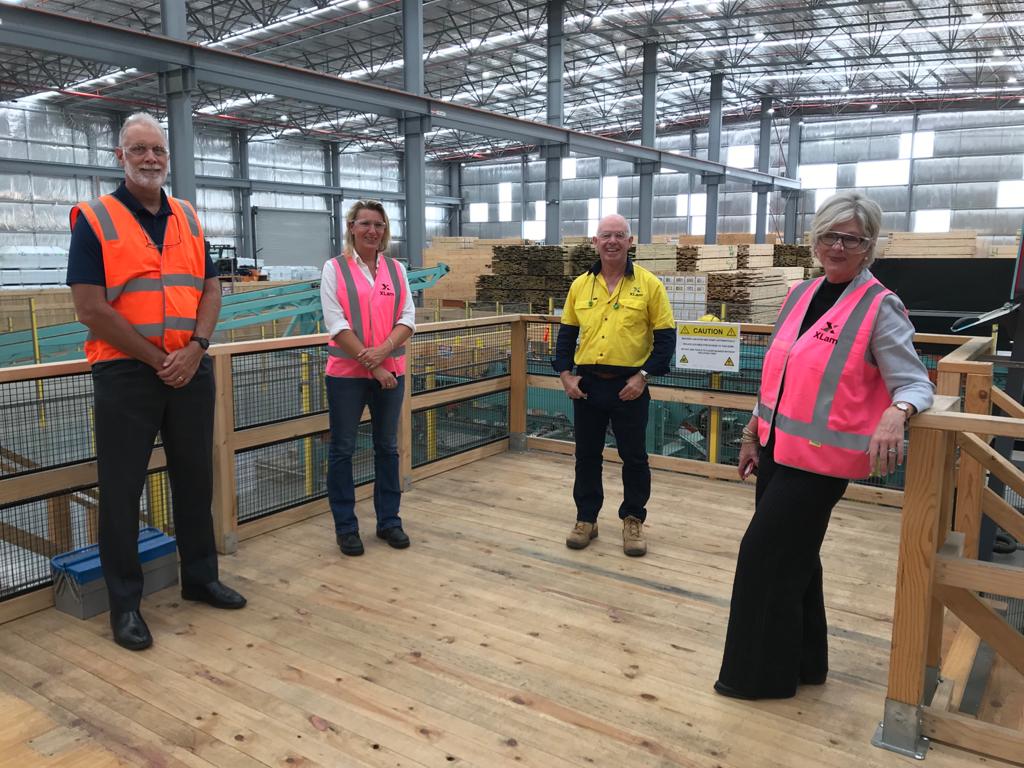 I’ve also made sure Indi has a seat at the table in Canberra when it comes to national economic management. While we’ve returned to low unemployment in Indi, we’re still facing record low wage growth, rising costs of living, a skills deficit and an affordable housing crisis.

Made sure the government delivered on its election commitments, and held them accountable when they didn’t

Fought for a workable border solution when the NSW and Victorian state governments made unnecessarily harmful and poorly planned decisions to close the border during the pandemic.

A strong economic vision for Indi

From housing to petrol prices, the cost of living is going up and up. After the bushfires and pandemic, it’s time to build back stronger. We need to build our local workforce, and ensure the essentials remain affordable.

Integrity is at the heart of sound economic management. With nearly one trillion dollars in national debt, the last thing our economy needs is reckless spending in marginal seats to buy votes. We need to be sure taxpayer dollars are spent on projects will strong business cases that will deliver local jobs and growth.

I have listened to our community and developed plans that would help Indi reach its full economic potential.

Regional Australia, including Indi, is facing a major housing affordability and supply crisis. In the last two years, prices are up 33% in Wodonga, 34% in Wangaratta, and 25% in Benalla. In some of the smaller towns it’s even worse. In Euroa it’s 40%. In Bright, it’s 55%. It is out of control.

I’m fighting to establish a $2 billion fund that helps regional towns build the local infrastructure it needs like roads, street lights, water and sewerage systems, gardens and community centres to open up new blocks of land and affordable housing supply.

The Government’s existing $1 billion National Housing Infrastructure Facility has failed to deliver. Their fund has been around for almost five years, and has only spent a fraction of what it needs to with none coming to Indi. My fund will ensure new lots of land are opened up for development as soon as possible, while also ensuring we maintain what’s great about community and liveability in the regions.

With house prices rising to record levels, it’s becoming harder and harder for young families to save a deposit for a home. The government’s scheme to allow regional first home buyers take out a mortgage with as little as 5% deposit has had barely any take up in Indi. With high house prices and interest rates tipped to rise, the scheme will also put home buyers in a precarious financial position.

I’m pushing for a national shared equity scheme which would allow the government take on up to 25% of a mortgage, significantly reducing repayment stress. Home buyers could then buy out the government at any time, including when they sell

There are so many incredible shovel-ready tourism projects here in Indi that, if funded, would boost an industry that was terribly hard hit over the past two years. The North East tourism sector accounts for over 20% of gross regional product and 25% of employment. Thousands of local jobs and businesses rely on a strong local tourism economy. If re-elected, I’ll fight for a dedicated $1 billion regional tourism infrastructure fund to get local projects moving, like the upgrade at the Benalla Art Gallery, the Skyline Road Touring Route in Mansfield and Murrindindi, and the Whitfield Road Upgrades in the King Valley precinct.