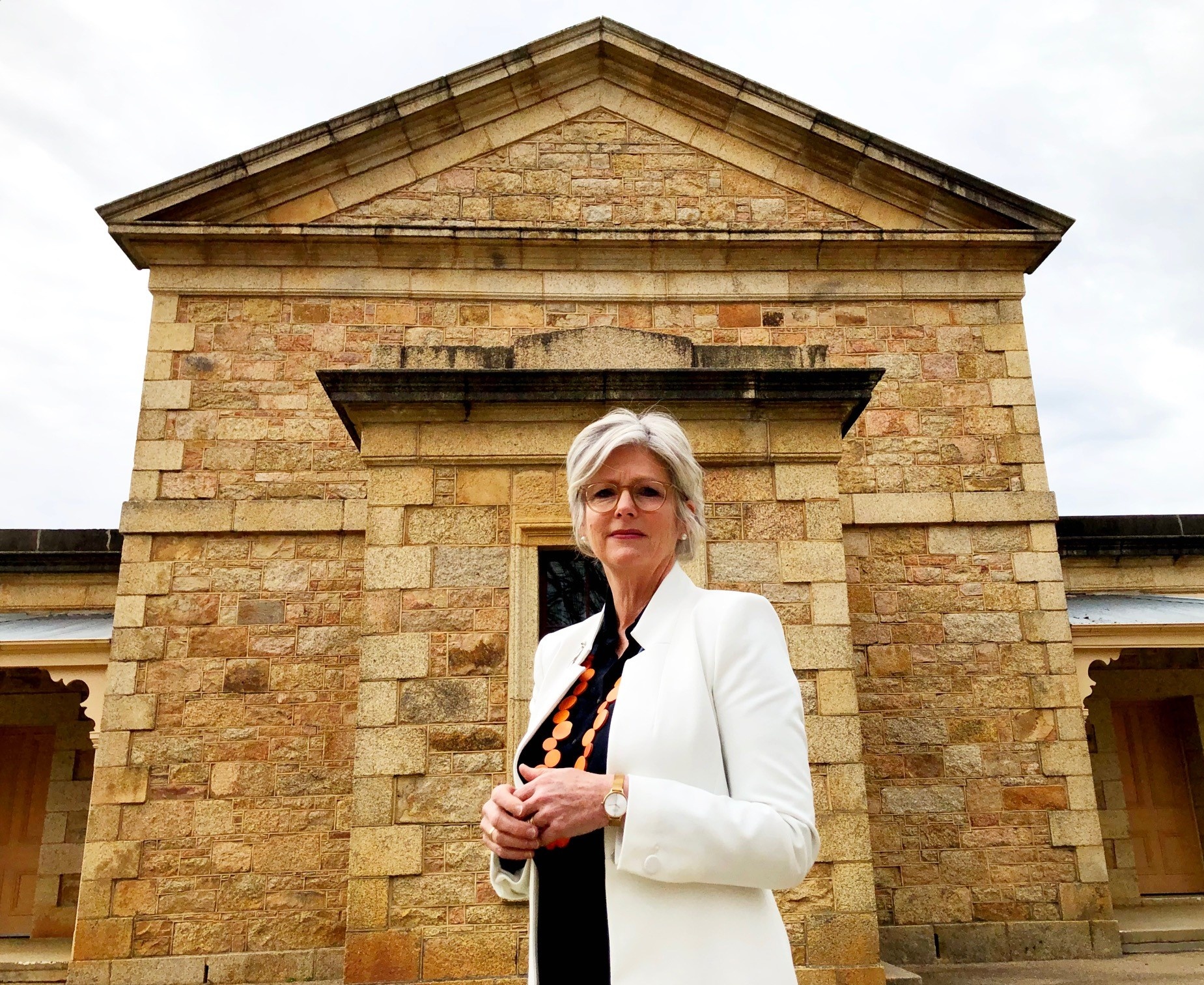 What I've put to parliament

On 26 October 2020 I introduced a bill to establish the Australian Federal Integrity Commission – or AFIC.

AFIC is the robust federal integrity commission over 80 per cent of Australians are calling for.

It is fully equipped with the powers it needs to do its job. And it has appropriate checks and safeguards to protect the integrity of its work.

AFIC is neither a star chamber nor a toothless tiger – it is a consensus way forward and has the support of judges, ethicists, legal academic, law enforcement organisations, civil society leaders, and MPs from across the parliament from all sides of politics. 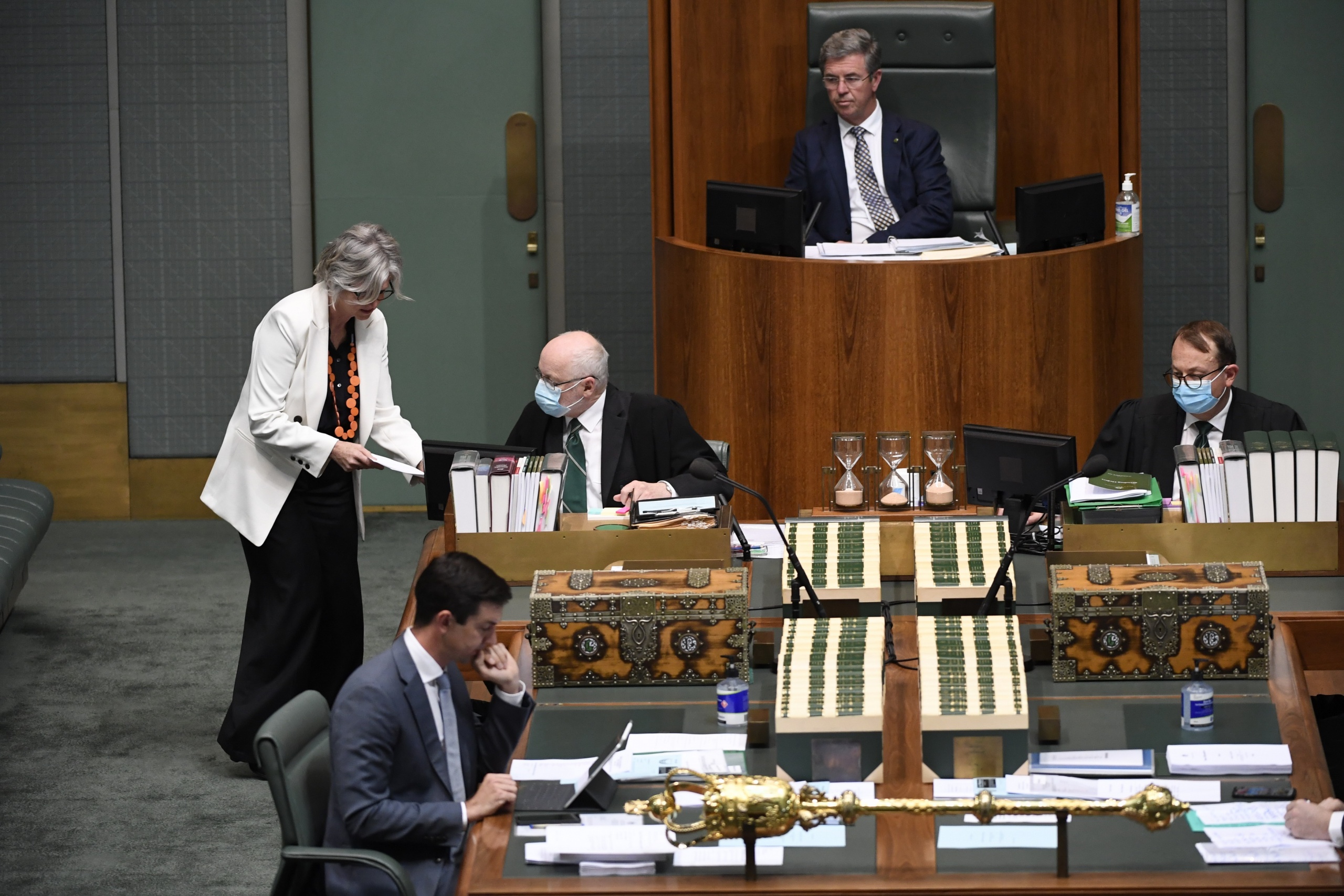 Tabling the Australian Federal Integrity Bill 2020 with the clerk in the House of Representatives.

In December 2018, the Attorney-General outlined a meagre 14-page plan for what the government call a Commonwealth Integrity Commission – or CIC.

The Attorney-General sent that plan out for public consultation and received over 3,000 submissions criticising it.

Australians then heard nothing for almost two years, while the Attorney-General sat on a draft bill the government refused to release.

I called on the government many times to explain that delay and was repeatedly shut down.

Tired of waiting, I started working with constituents, esteemed judges, ethicists, legal academics, and MPs across the parliament – including government backbenchers – to write a bill we can all get behind and that meets the Beechworth Principles.

Just seven days after I tabled the AFIC bill in parliament, the Attorney-General finally published his draft bill for consultation.

The CIC bill is the same weak model the government served up two years ago and has attracted broad condemnation again.

See how AFIC compares with the government model

AFIC has been described as best practice by leading experts and academic.

My integrity press conference drew a coalition of crossbenchers, former members of the judiciary and academics to oppose the government’s proposed anti-corruption bill and support AFIC. Picture: The Australia Institute

How can I help?

Thousands of Australians have already made contributions to the AFIC campaign –

Back in February, hundreds of constituents from Indi packed the historic courthouse in Beechworth to launch a set of five principles by which to measure a robust integrity commission.

In May, I delivered a petition to parliament from Indi calling for legislation that meets the Beechworth Principles.

And in September and October, hundreds more wrote to MPs across the country calling on them to bring on debate of the AFIC bill in parliament.

These actions from Indi shifted the national dial and forced the government to pay attention.

But we can’t stop now.

The Attorney-General refuses to let MPs debate the AFIC bill in parliament.

It’s time to keep applying pressure on the government improve their weak CIC model. You can:

We’ve got judges, ethicists, and MPs from across politics behind this

“Transparency International Australia welcomes the Australian Federal Integrity Commission Bills. Importantly, the AFIC Bills align with the Beechworth Principles, which chart a clear path to strengthen the accountability and integrity of our politicians and political institutions through a strong, fair and transparent anti-corruption watchdog. Millions of Australians want a better kind of politics and these Bills will help us achieve that. They prioritise the public interest and allow for public hearings and inquiry, an essential ingredient in any robust independent integrity commission. The inclusion of an independent Parliamentary Standards Commissioner will help tackle undue influence by special interest groups and parliamentary conflicts of interest that have become an all too familiar trait of Australian politics.”

“Functioning ethical infrastructure gives citizens the confidence to take risks and embrace opportunity. It is this that inspires trust and underwrites our prosperity. At a time when trust in government has never been more important, it is essential that we reinforce the ethical infrastructure of federal politics. Why now? Because we have reached a point where political corruption goes unrecognised and uncensured, where the conventions of representative democracy are forgotten or ignored, where principle is nearly always sacrificed on the altar of pragmatism. A Federal Integrity Commission should be established as a genuine response to the challenges we now face, and not to ‘tick a box’ or deflect criticism. The Beechworth Principles establish the ethical foundation on which to rebuild confidence in the integrity of government. They should enjoy the support of every person who cherishes our democracy.”

“The Australian Federal Integrity Commission and Parliamentary Standards Bills set a new bar for integrity in federal politics – something Australians have long been calling for. Australians are concerned that policy is often made for the few, not the many. These reforms signal a real commitment to protecting the public interest. A federal integrity commission is long overdue and is one of the safety nets we should have had in place to help protect the public interest during this pandemic. It is time the parliament supported a strong federal integrity commission and improved parliamentary standards.”

“Dr Helen Haines demonstrates outstanding national leadership in her diligent pursuit of the establishment of an Australian Federal Integrity Commission. When it is established, for surely it will be as no right-thinking person could resist the principles which underpin it, it will elevate Australian public life immeasurably. These comprehensive Bills build on the earlier work of Ms McGowan; develop further the Beechworth Principles; offer a nice balance between investigation of corruption by or in respect of any public official or agency and reputational safeguards; establish a strong research and education role for the Commission; and overall deliver what 80% of surveyed Australians want in a national integrity commission.”

“When, on 18 February this year, Dr Helen Haines MP addressed a packed Beechworth Court House, she invoked the spirit of Australia’s early democrats in the service of a great reform: the creation of an Australian Federal Integrity Commission based upon the five Beechworth Principles which she then launched.

Dr Haines has since continued with extraordinary diligence to advance this noble cause. The joint package consisting of the Australian Federal Integrity Commission Bill and the Australian Parliamentary Standards Bill will soon be before the Commonwealth Parliament. Together, these Bills constitute a vitally important step towards perhaps the most significant reform in federal standards of governance since federation itself.”

“In February, we recognised that an integrity commission with broad jurisdiction, strong investigative powers and the ability to hold fair public hearings was central to the Beechworth Principles released by Dr Haines in Indi. The Australian Federal Integrity Commission bill package named by Dr Haines in the House today signals to Parliament the importance of bringing those principles to reality.”

“The Federal Integrity Commission represented in Dr Haines’ bill has a broad jurisdiction and strong investigative powers, importantly including the power to hold public hearings. It is a strong model that has our in-principle support.”

“AFIC would go a long way to improving accountability of the Federal Government and public service. Importantly it could investigate any conduct of any person that adversely affects the honest or impartial exercise of public administration.”

“Public hearings are crucial to shedding light in the dark corners of corrupt conduct. They are used to aid investigations and bring forward new evidence and witnesses. They expose corruption, and the public has a right to know. The AFIC has included this important function of corruption investigations.”

“Like the National Integrity Commission Bill introduced by Cathy McGowan AO in 2018, this Bill shows that a strong, comprehensive approach to strengthening our federal integrity system is something the Commonwealth Parliament could achieve within months, if all parties remain prepared to follow through on their promises. Based on many of these key elements – including a more enforceable framework for corruption prevention, national coordination of anti-corruption efforts, public inquiry powers as and when needed, and stronger recognition and protection for whistleblowing – this Bill continues to show the way.”

“The Accountability Round Table commends Dr Haines for her commitment to integrity and accountability through these bills in support of the observance of human rights and the rule of law in Australia. This work is crucial to maintaining trust in government and building social cohesion, in ensuring the integrity of our markets and addressing causes of inequality and instability. The Beechworth principles which underpin these bills provide invaluable guidance on these critical overdue reforms.”

“I thank the Member for Indi, Dr Haines, for delivering a fair model that meets our expectations. The AFPA is now calling on the Government to debate the AFIC Bill 2020 at its earliest convenience and to stop the slow-balling on this crucial issue.”

Find out more about AFIC

Getting to AFIC – the Beechworth Principles