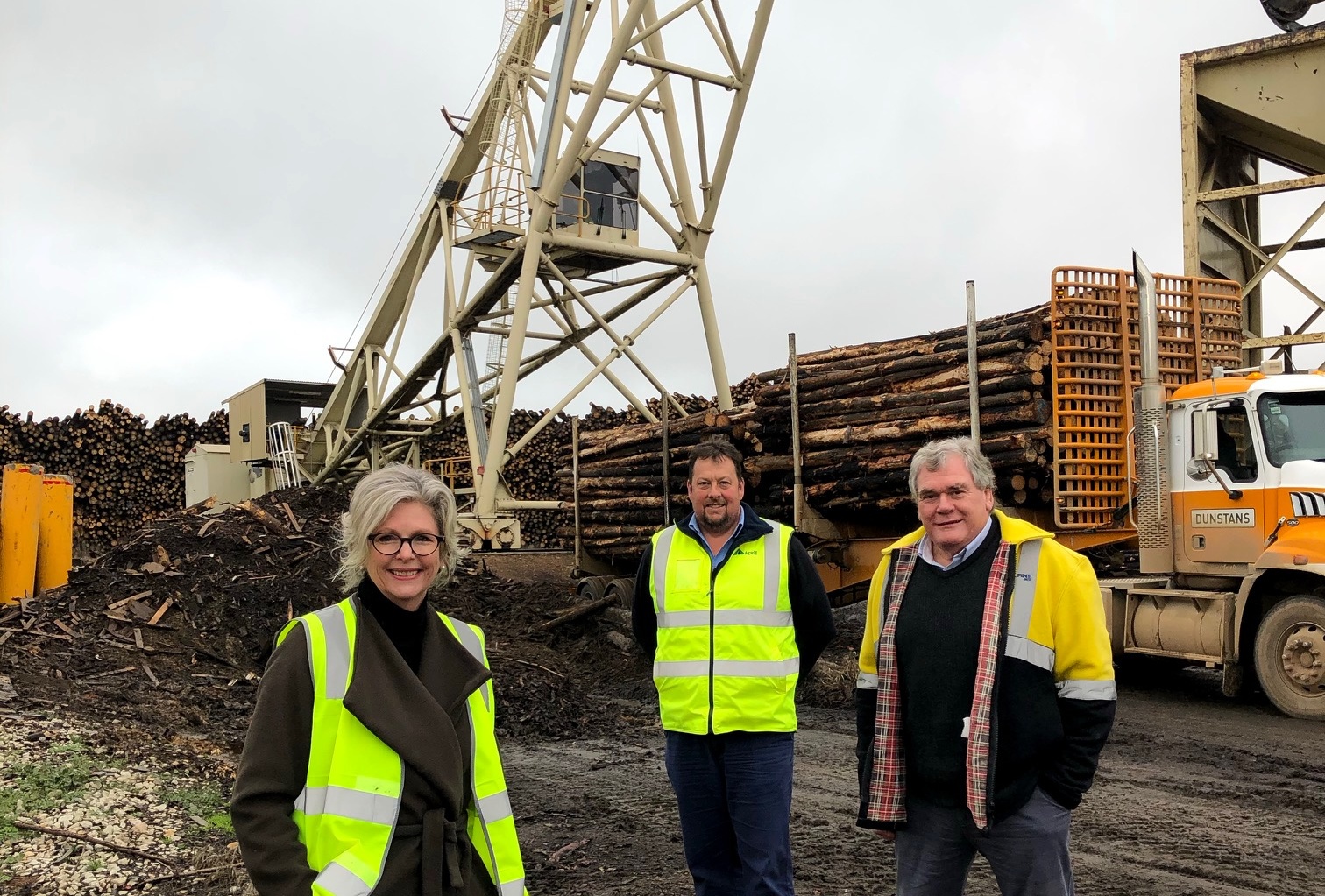 The Independent Federal Member for Indi hailed the announcement as a huge win for local forestry workers.

“For months, I’ve worked closely with both local forestry employers and the Government to make this happen, and I’m thrilled for the 900 Indi forestry workers who will today be breathing a little easier,” Dr Haines said.

“There are around 550 people who work in timber mills in Indi, like Carter Holt Harvey in Myrtleford, D&R Henderson and Benalla Timber Products in Benalla, and Alpine MDF in Wangaratta. And there’s another 340 plantation jobs in Myrtleford, Shelley and Benalla. This is a great day for all of these people and their families.”

But Dr Haines argued the support package was too slow to be developed and called on the Government to roll out the funding immediately.

“Those of us on the ground have been campaigning for this for six months. In February, together with a local forestry sector consortium, I wrote to the Forestry Minister, Senator Jonathan Duniam, with a fully-costed proposal for a support package.

“Later that month, I brought the Agriculture Minister David Littleproud to Indi to see the impact of the fires on our forestry sector. And I brought the state and national bushfire recovery agencies to Indi for forestry roundtables on March 13 and again on April 16. Just last week in Parliament, I met with Senator Duniam to again make the case for urgent action.

“It’s fantastic the Government has finally listened, but with logs rotting on the stump, and 900 local jobs in the balance, that kind of delay has been unfortunate.”

Dr Haines said previous announcements of support for the forestry sector had so far failed to materialise.

“The Government also announced $15 million for the forestry sector to transport burned logs on May 11. That’s five weeks ago and not a cent has actually been spent – we don’t even know when or how it will be spent. This latest announcement won’t mean anything until it is actually in people’s pockets,” she said.

“People are tired of announcements, they want to see action. Not just promises, but delivery. I’m calling on the Government to follow up this announcement with real action – money in people’s pockets.”

Dr Haines also said it was disappointing that the new grape sector grants would not result in further funding for Indi growers.

“The announcement of new $10,000 grants for grape-growers is only for those ineligible for the first round of primary producer grants. This excludes all the growers in Indi that were affected by smoke taint,” she said.

“That is despite new research showing the North East lost $140 million in smoke taint in the fires. I know that will be disappointing for so many growers and vignerons across Indi.”