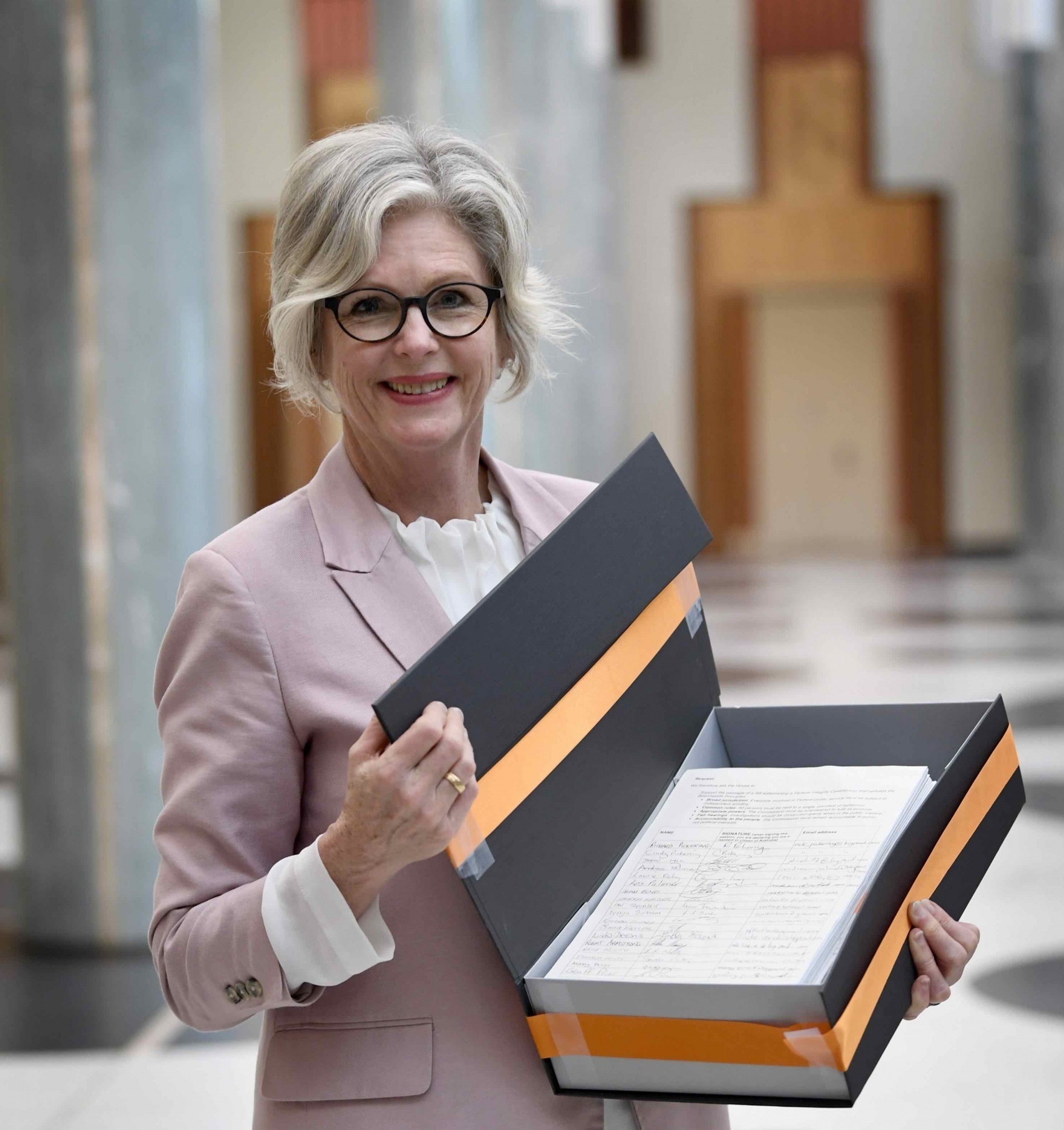 Helen Haines invited the Federal Government to get on and release its draft legislation for a federal integrity commission when she presented a petition of more than 1800 signatures to Parliament today.

The petition calls on Parliament to establish a commission with five characteristics known as the ‘Beechworth Principles’:

“Trust matters to the people and communities of Indi,” the Independent Federal Member for Indi said.

“If you believe our democracy is straining, I’m with you.

“If you’re exhausted by politics prone to corruption, partiality and scandal, I hear you.

“And if you’re one of those among more than 1800 people who signed this petition demanding integrity in government, I thank you.

“Because what you’ve done is send this government a clear message about trust, transparency and accountability.

“This government keeps missing its own deadlines to show Parliament its draft legislation for an integrity commission.

“But as the sports rorts saga rolls on, it keeps showing us why we need one.

“In 1853, the resolute gold diggers of Beechworth, in their thousands, showed us the way.

“They refused to stand by and let their government cover up perverse breaches of public trust by conducting sham, closed-door inquiries into itself.

“These petitioners today look to Parliament to do the same and to establish a federal integrity commission that upholds the Beechworth Principles.”