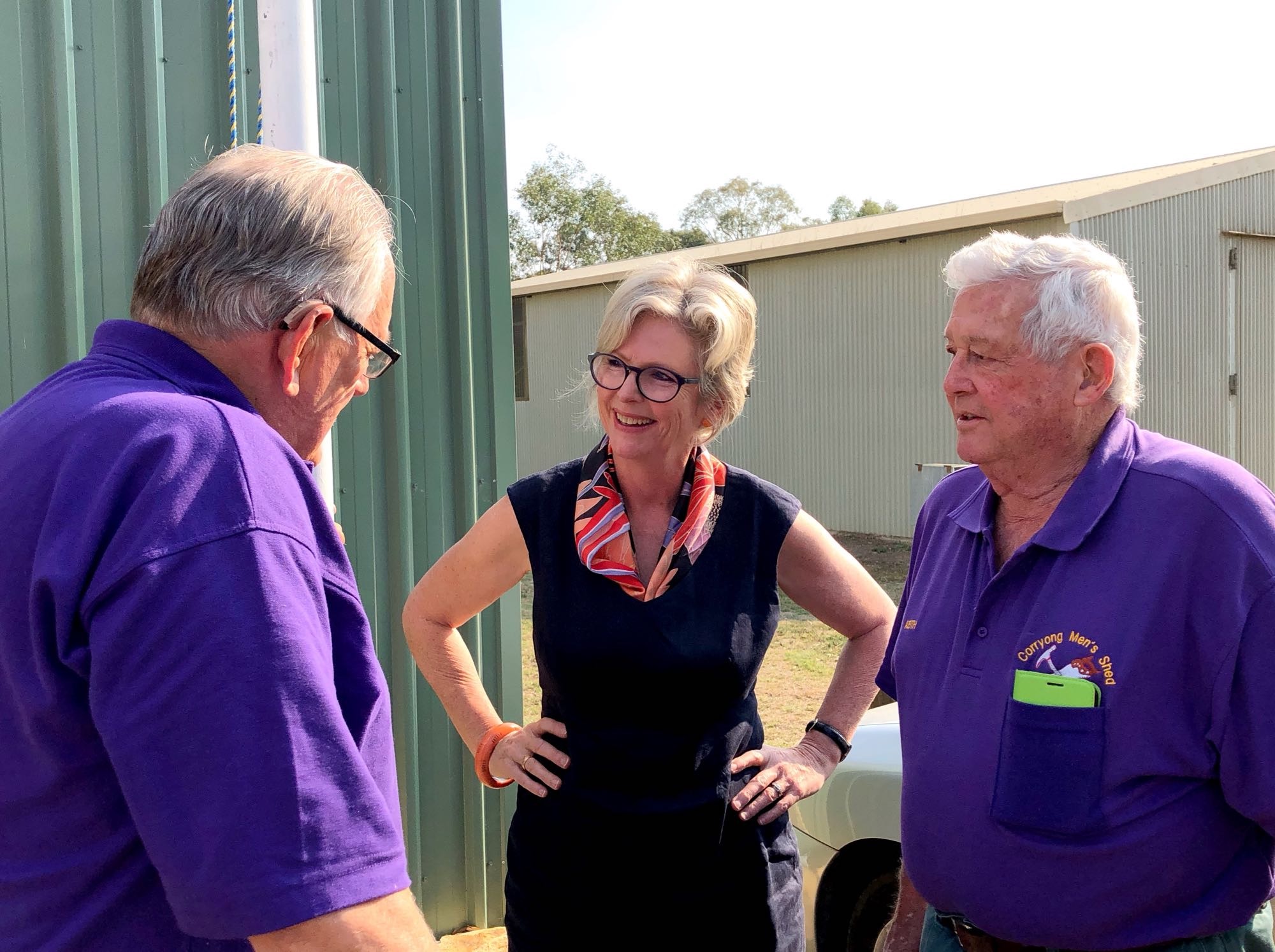 Helen Haines says the Nationals have buried a review of a report that aimed to accelerate regional development and yesterday flouted an order to deliver it to the Senate.

The Independent Federal Member for Indi said the government on June 18 was ordered to produce recommendations of an expert panel it appointed in February 2019 to review the Parliamentary inquiry report Regions at the Ready: Investing in Australia’s Future.

“The report was widely acknowledged for setting out a robust framework for strategic regional development and decentralisation,” Dr Haines said.

“Among other recommendations, the Regions at the Ready report proposed a White Paper process to outline the policies and steps we should take as a nation to build, invigorate and strengthen regional Australia and its communities.

“In response, the government appointed an expert panel chaired by former Victorian Nationals’ leader Peter Ryan, and including Wodonga mayor Anna Speedie, to review the key issues raised in the report.

“One of the panel’s priorities was to develop a framework for partnership and investment to support strategic regional growth.

“The expert panel completed their work on time in March 2019. But 16 months later, the panel’s report has never seen the light of day, and the Nationals’ leader who is Deputy Prime Minister and Minister for Regional Development has failed to deliver.”

Dr Haines said the Nationals simply are unable to follow through on a process designed to benefit rural and regional Australia.

“Time, money and the skills and good faith of the expert panel has been spent for no outcome,” she said.

“It shows a complete lack of respect for the panel’s work and demonstrates the government’s inability to deliver a plan that builds a positive future for rural and regional Australia.

“It’s duplicitous. Through Parliament it has empowered committees to conduct enquiries, take submissions, listen to expert advice and created a report, only to shuffle it between ministers who never do anything with it.

“The government last week told the media that ‘the world is a very different place’ as a result of the impact of drought, bushfires and COVID-19 in the past two years.

“But I’ll bet the expert panel’s views have more currency than ever.

“Like many other people who believe the regions have a bright future, I want to see what issues and remedies the expert panel raised.”

Former Independent Member for Indi Cathy McGowan AO was a member of the 45th Parliament’s Select Committee on Regional Development and Decentralisation which wrote Regions at the Ready.

She said the committee’s main recommendation was to establish a White Paper process that would result in a comprehensive, long-term government policy for the regions.

“I had the personal commitment of Malcolm Turnbull and Scott Morrison, two successive Liberal Prime Ministers, for this inquiry and its major recommendation was for a White Paper policy process,” Ms McGowan said.

“The expert panel report was a logical next step.

“But the Nationals don’t want to deliver it. Does this mean they don’t want a transparent, consultative, national approach to regional development? I’m not sure why they would be reluctant to release the report from the expert panel. It’s very disappointing.

“But it’s now more important than ever.”

WHAT THE GOVERNMENT SAID:

We’re backing the regions to grow and develop. Today in the House of Representatives, we’ve tabled the Liberal and Nationals Government’s response to the Regions at the Ready report.

The report comes after the a 12-month inquiry, chaired by Hon Damian Drum MP, into best-practice approaches to regional development, and the Liberal National government is committed to implementing the recommendations that ensure we have prosperous, safe and sustainable regions for the future.

To further support strategic regional growth, we are establishing an expert panel to undertake a targeted assessment of the key issues in the report and develop a framework to inform our policy response.

Government’s response to the Regions at the Ready report

The Government agrees in principle with this recommendation and supports a strategic approach to economic development in regional Australia.

In light of the comprehensive examination of regional development issues conducted by the Committee, the Government will establish an Expert Panel to undertake a targeted assessment of the key issues raised in the Report, including the development of a White Paper.

The Government is committed to supporting the regions to be prosperous, safe and sustainable over the long term. The targeted assessment process will consider a regional development framework, the most appropriate mechanisms for local collaboration and partnerships, as well as reviewing Commonwealth investment and how this could better support strategic regional growth.

The Expert Panel will report to Government by 31 March 2019.