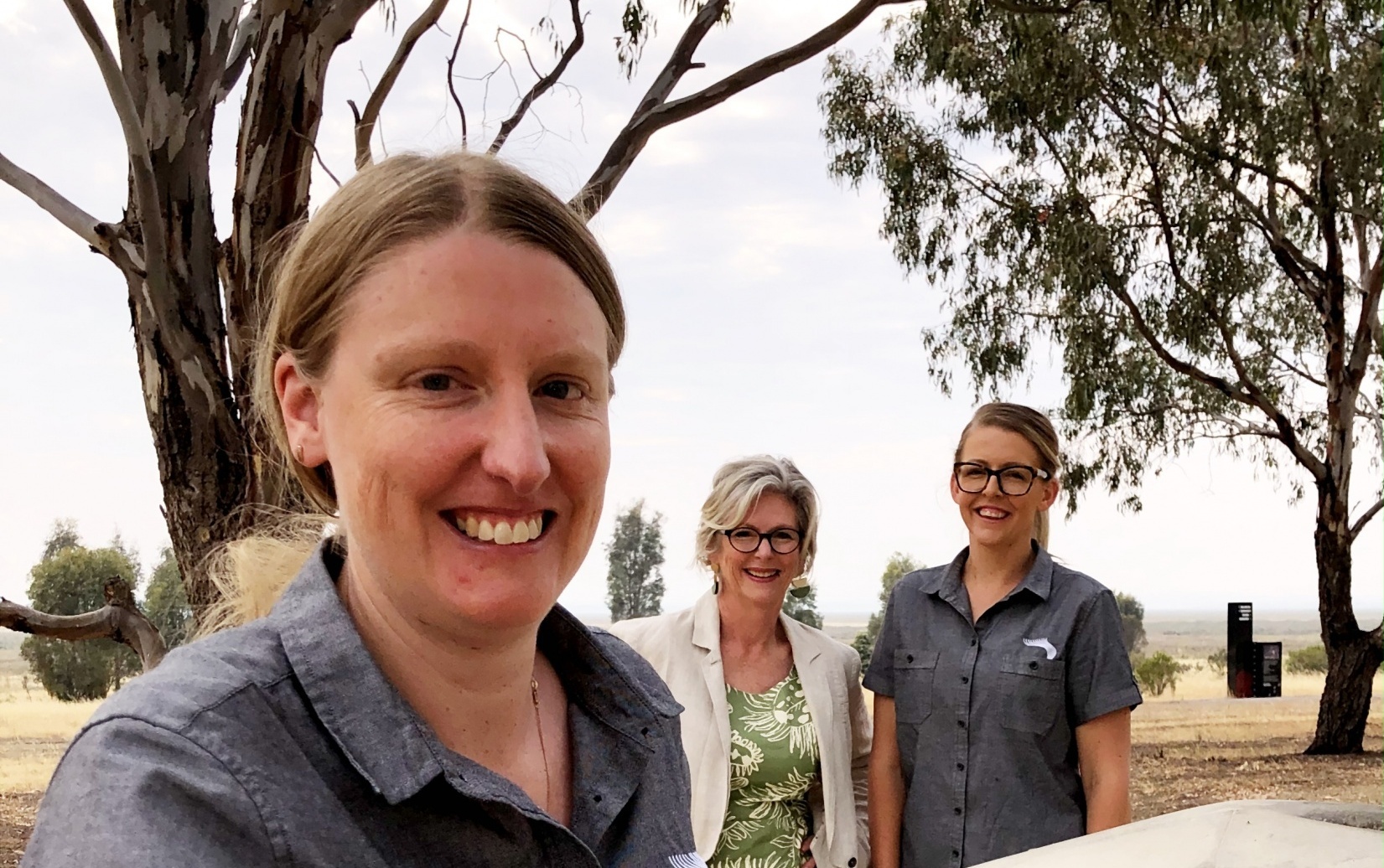 Helen Haines MP has announced the approval of $300,000 in community and environment project grants to Indi community groups, not-for-profits and local councils.

These range from renovations at Beechworth’s historic Plate Layer’s Cottage and seating for Myrtleford Indoor Stadium to equipping Leneva’s Border Steam and Oil Engine Club with a rainwater tank, shade sails in a Corryong park and buying a vehicle for Kinglake’s learn-to-drive program.

“The funding from both programs supports projects which local communities identify as important,” she said.

“The money enables people and organisations to collaborate in such positive ways to strengthen the places where they live, improve environments and see their goals realised.

Winton Wetlands restoration ecologist Lisa Farnsworth and visitation manager Tanya McAlpin welcomed the news that their application to support turtle breeding and ecology had been successful.

The $17,800 grant for creatures the pair describe as ‘heroes in a half-shell’ will be used to rebuild turtle populations in the Wetlands between Wangaratta and Benalla.

“One of the true natural reflections of steady strength, turtles are the embodiment of survival,” Dr Farnsworth said.

“But now, a combination of human changes and environmental shifts has seen a significant decline in numbers so compelling that almost half of all turtle fauna are threatened or extinct in the wild.

“One of the local species, the eastern long-necked turtle, has declined in abundance by 90 per cent since the mid-1970s, and no juvenile recruitment has occurred for over a decade.”

The grant will support the creation of a turtle pod facility – an idea conceived for the 1 Million Turtles Project by the University of Western Sydney’s Dr Ricky Spencer.

“Under serious threat from fox predation, drought and traffic, our freshwater turtle population will be protected in the earliest and most vulnerable stages of life,” Dr Farnsworth said.

The pod will be created in the former Lake Mokoan Yacht Club and provide a direct connection to education programs, volunteer involvement community engagement.

“This funding puts us in the privileged position of not only being able to provide accommodation for vulnerable turtle eggs, but also the opportunity to return the hatchlings back into the reserve – to thrive,” Dr Farnsworth said.

Dr Haines convened an Indi Grants Consultative Committee to assess and rank applications. It was made up of local council and North East Catchment Management Authority representatives.

“The committee reviewed 83 expressions of interest across both funding programs from organisations seeking funds of $1.06 million when only $300,000 was available,” she said.

“There was an outstanding selection of high-calibre projects promising to deliver a diversity of community benefits to Indi and the committee reviewed every expression of interest.”

The Stronger Communities Program was limited to a maximum of 20 projects and funded up to 50 per cent of eligible costs.