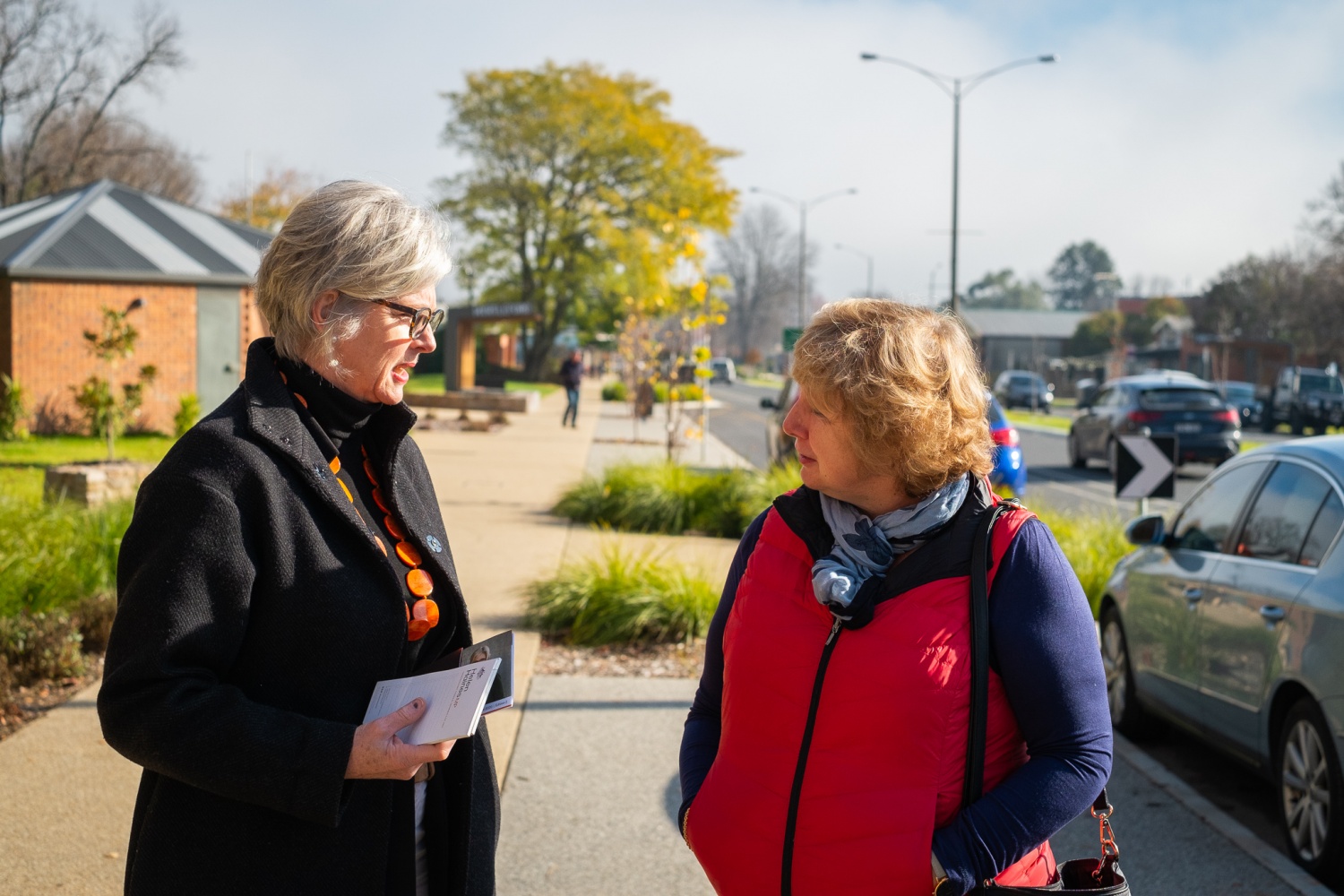 Helen Haines has today called on the federal government to act rapidly to tackle the rising jobs crisis with unemployment hitting a 20-year high in Victoria.

The Independent Federal Member for Indi said data released today by the Australian Bureau of Statistics showed the impact of the coronavirus pandemic was worsening.

“The unemployment rate has risen to 7.1 per cent in Victoria, up 2.3 per cent from this time last year,” Dr Haines said.

“This is its highest rate in 20 years, eclipsing even the global financial crisis in 2007.

“These are not just numbers. They represent thousands of people’s lives disrupted by the crisis. We know from previous recessions that if these people don’t find work soon, many might never work again.”

Dr Haines said the figures show that women have been harder hit by the jobs crisis than men. Since August 2019, the unemployment rate for men has increased 2 per cent, compared with 2.6 per cent for women.

Dr Haines called on the federal government to make strategic investments in the regions to create jobs quickly, and avoid the risk of long-term unemployment.

“If we don’t move quickly and sensibly now to create jobs, especially for our young people, we risk creating a lost generation and a cycle of disadvantage that will endure for decades,” she said.

“This is why last month I sent a $750 million economic recovery plan for Indi to the Treasurer.

“ The Indi recovery plan, which I developed together with our local councils, contains dozens of shovel-ready projects that would create jobs quickly, and build our regional economy over the long-term.”

In addition, on September 23, Dr Haines will launch her Local Power Plan, which she says would invest $483 million over 10 years to develop locally-owned renewable energy.

“The Local Power Plan would be a transformational investment in regional Australia – it’s exactly the type of thing we should be doing right now,” she said.

“Today’s unemployment data shows just how much we need to be investing in the regions.”

Gas subsidy plan is not right for Indi, or Australia