The accounts of Indigenous agriculture and food production were written by Indigenous author Bruce Pascoe, formerly a director of the Commonwealth Schools Commission’s Australian Studies Project.

Mr Pascoe told the Wangaratta Chronicle in 2016 that “the story was always there”.

“It’s just amazing that we failed to understand what the (European-born) explorers saw,” he said at the time.

Dark Emu was first published in 2014 and later shortlisted as the Queensland Literary Awards’ history book and the Victorian Premier’s Awards for Indigenous writing.

It was afterwards honoured with the NSW Premier’s Literary Awards 2016 Indigenous Writer’s Prize and named Book of the Year.

“Last year it was also named by the Commonwealth Parliamentary Friends of Australian Books and Writers as the first book to be read by the inaugural Parliamentary Book Club, of which I’m very pleased to be a member,” Dr Haines said.

“We’re reading it now – an extraordinary account of Indigenous culture, science and heritage.”

University of Melbourne’s Australian Indigenous Studies foundation chair Marcia Langton AM described Dark Emu as “the most important book on Australia (that) should be read by every Australian”.

Children’s author Stephanie Owen Reeder described Young Dark Emu, published in 2019, as a “seminal book (that) invites young readers to contemplate a different picture of Aboriginal culture and the concept of terra nullius”. 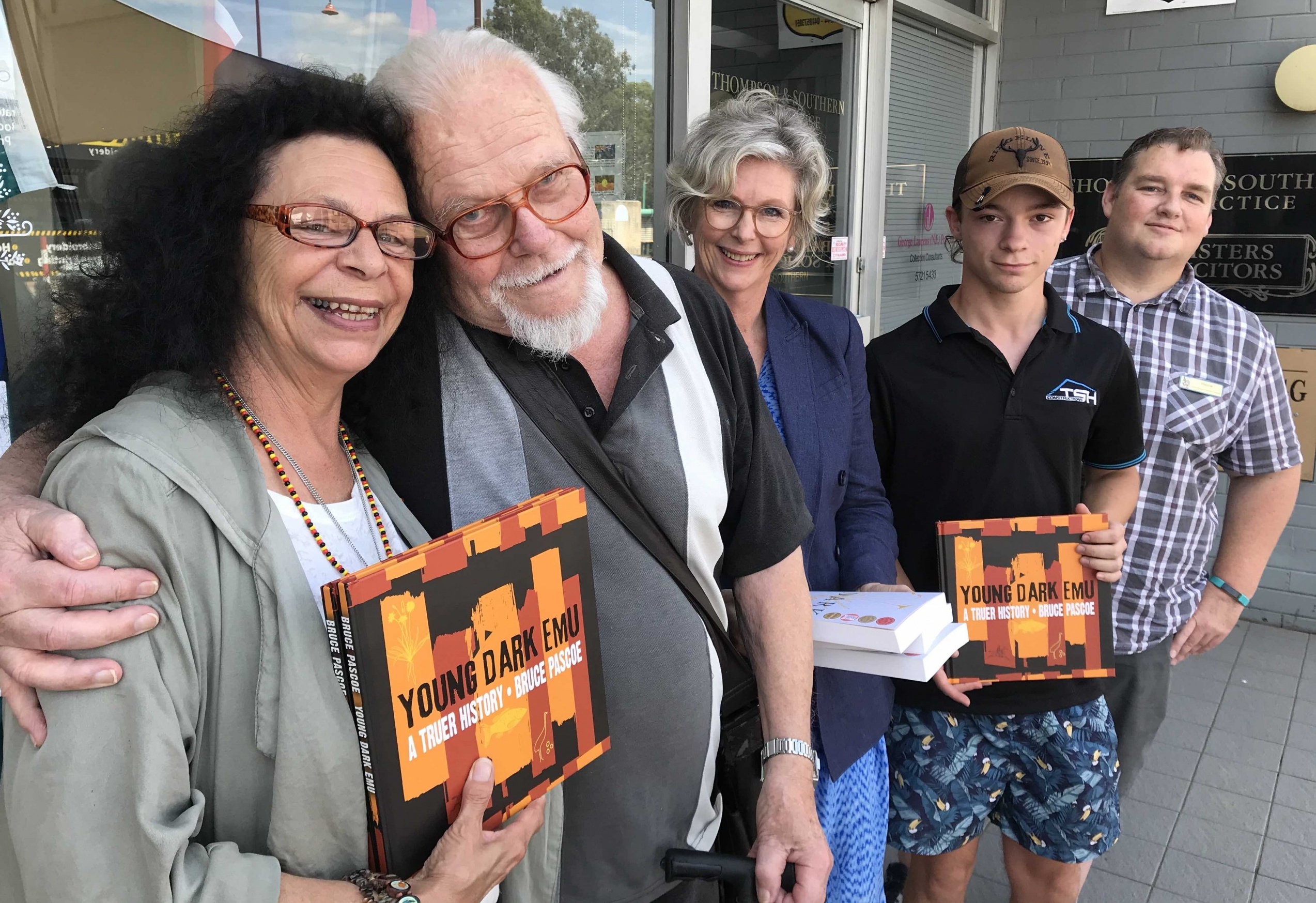